You are at:Home»Journal»Gredos Ibex Hunt In Spain Part 1

Sheep hunting has always been one of my favorite challenges, and after taking three of the four species of North American sheep, I crossed the Atlantic to Spain in early March to hunt the gredos ibex. 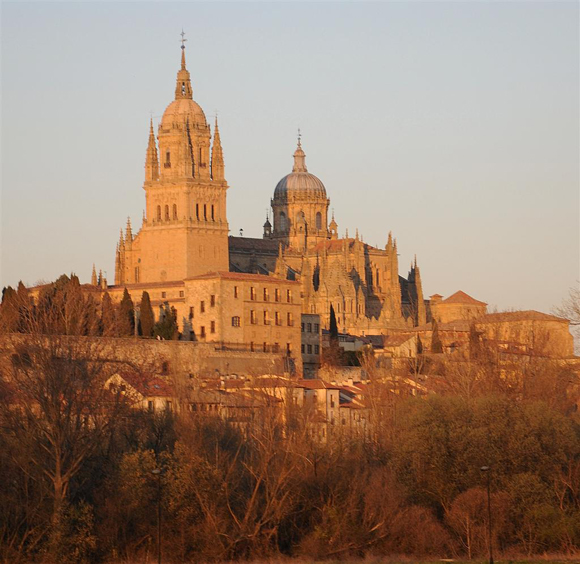 Following an eight-hour flight out of Atlanta on Friday, March 7, my wife Jan and I arrived in Madrid, Spain where we enjoyed several days of touring the city before our guide Vicente Gil, owner of Casa Hispanica Outfitters, picked us up on Monday morning.  Two hours northwest of Madrid, we stopped at Salamanca where we enjoyed some exceptional Spanish cuisine, and then toured the Cathedral of Salamanca built in the 12th century and the oldest university in Spain, University of Salamanca, founded in 1134.

Shortly after leaving Salamanca, we arrived in La Alberca.  Founded in the 1300’s, it was the first village to be declared a National Historical Monument by the Spanish government.  Adorned with medieval architecture, narrow cobblestone roads, and thatched roofs, we got to see a real piece of Spain.

Ten minutes away from La Alberca was our temporary residence, a castle located at the foot of the Sierra de Francia Mountains. 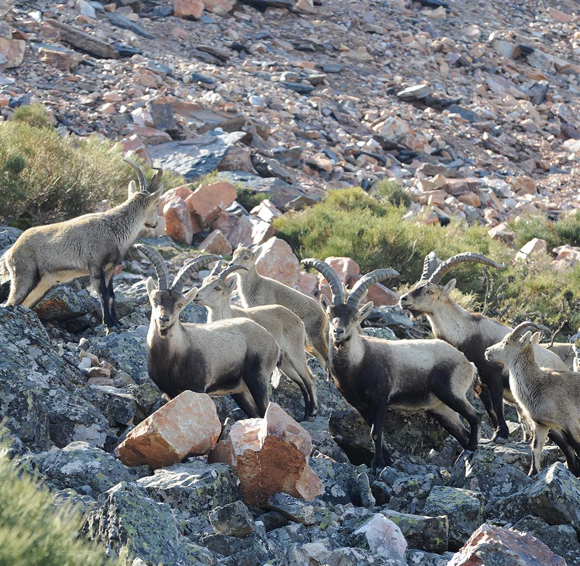 Shortly after breakfast on the first day of hunting, we stopped at park headquarters and were introduced to the staff who would assist us on the hunt.  The portion of the Sierra de Francia mountain range we were to hunt was part of Spain’s park system thus under their authority.  Once the paperwork was completed, we followed park officials to a place where I could check my rifle.  Afterwards, we drove up a cleared two-track road into the mountains, but just as we arrived at the crest, a herd of rams rose from their beds not 50 yards from us and we came to an abrupt halt.  As guides glassed the herd, I fired away with my camera, capturing some great pictures of the animals.

Disturbed by our presence, the herd dashed up the face of several house-sized boulders and vanished.  One would think that the herd would pause once they could no longer see us, but that was not the case.  Once we reached the zenith and looked downward thousands of feet into a huge rocky valley, the rams were nowhere to be seen. 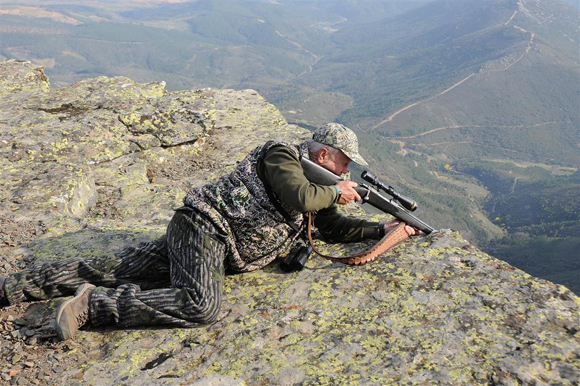 Three hours of hiking later, we finally found the rams bedded down 250 yards directly below us.  As I glassed the group, Vicente suggested I take the largest ram.  Suddenly I was overwhelmed by excitement as one of the guides laid his backpack on the edge of the rock ledge that extended out over a 500-foot drop.  I attempted to position my rifle solidly on the bag, but found it difficult.  Holding the rifle as steady as I could, I rushed my shot and hit just above the ram.  The animals erupted from their beds, and my morning hunt was frustratingly over.

After lunch in La Alberca, we continued the hunt.  This time we hiked up the mountain through a mature pine forest.  As the tall pines relinquished to open ground littered with boulders higher up the slope, we began glassing for ibex.  We paused several times to look for goats in some of the most scenic terrain in all of Spain.  The guides were actually moving at a rapid pace as they intended to hunt the top of the mountain before the sun’s warm rays were eclipsed by the colder evening mountain air. I paused several times to rest, and with some luck I spotted a large ram standing on a rocky outcrop almost directly below us.  With a whistle, the group paused and looked back at me while I pointed out the ram.  Unquestionably a great ram, we descended the mountain, jumping from boulder to boulder, some as large as a pickup, to a position where I could get a shot.  Once we breeched the distance to 100 yards of the point where the ram stood, it was gone.  Moments later, it reappeared not 80 yards below us on the top of a huge rock slab.  With my rifle solidly anchored on a backpack, my 7mm shattered the quiescent mountainside; the ram collapsed and dropped over 70 feet into a vegetated draw. 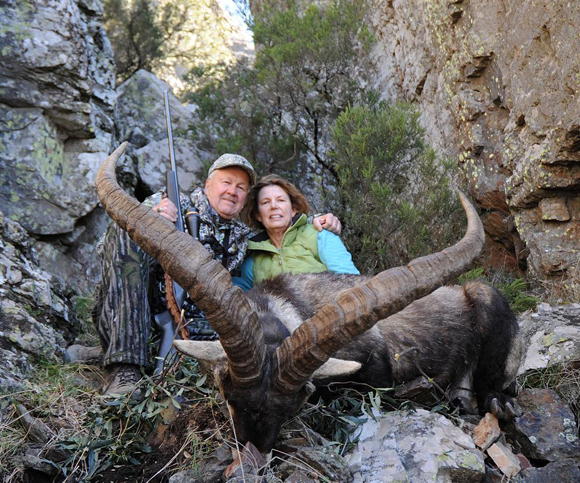 Getting to my trophy was extremely dangerous.  However, once I held its long heavy, lyre-like horns in my hands, the effort exerted was eclipsed by jubilant celebration.