You are at:Home»General»Fishing The Yellowstone I n August Part 1

Getting up at 4 am is tough, but not when you’re about to escape three-digit South Texas heat

to enjoy some fly fishing on the blue ribbon Yellowstone River in Montana. And that’s just what Jan and

I did on the fourth of August as we flew to Bozeman, Montana, rented a car, and made the scenic 22-

mile ride east to Livingston, where we enjoyed all the comforts of home with the friendly folks at the

Livingston Inn Motel located on the south side of the quasicentennial western town right on Hwy. 89 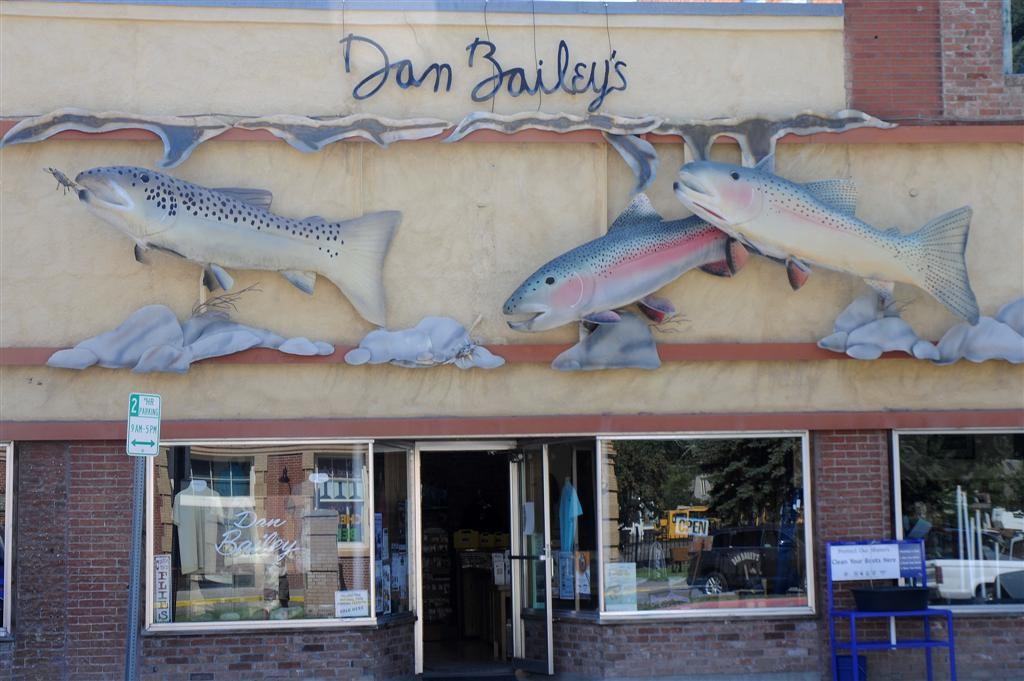 Livingston, a town full of friendly and courteous people.

Tired from the long day of travel, sleep came quickly. Our first night in Big Sky Country with

temperatures forty degrees cooler than those 1,600 miles south in Uvalde Texas, an open window and

small blanket was all we needed to comfortably sleep.

By 8 am the following morning, I was walking around inside Dan Bailey’s iconic Fly Shop, visually

enjoying wall-to-wall sporting goods. After picking up a few fly-tying materials, we enjoyed a breakfast

of bacon and eggs at one of the local’s favorite restaurants—Gil’s Goods. Shortly afterwards, Jan and I

did a little hiking into the Gallatin National Park, enjoying the stunning vistas including a spectacular high 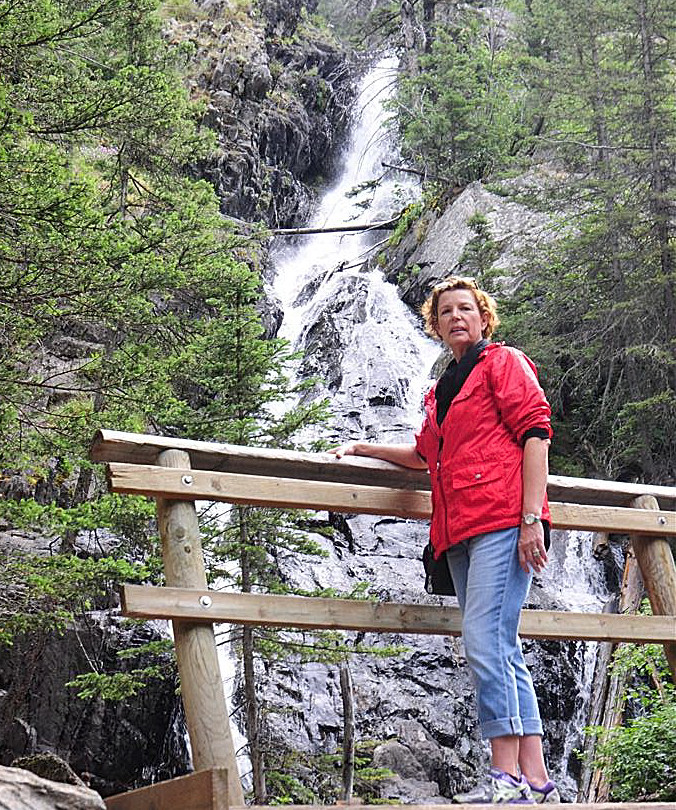 By 1:45 p.m. my guide Dennis Alverson picked me up, and we headed up Paradise Valley

towards the park to launch Dennis’s drift boat at Carter’s Bridge.

As Dennis prepared the boat, I coated myself with sunscreen, but little did I know it would not

Absaroka Mountains that hover over the river, as it winds its way through Paradise Valley. Normally fish

action is intense, allowing little time to enjoy the amazing vistas, but fishing was slow with few trout

surfacing. Other than a few small, colorful rainbows, nothing appeared to be overly attracted to my dry

fly, so I switched over to nymphs, fished below the surface, and immediately on the first cast a nice 15”

rainbow nearly took my 9 feet, 6 weight rod out of my hands. Landing the fish after a considerable fight

in the swift freestone waters, I had Dennis take a few pictures of the beautiful speckled fish with a

the next hour however things changed as a heavy rainstorm developed, and I was glad Dennis had an 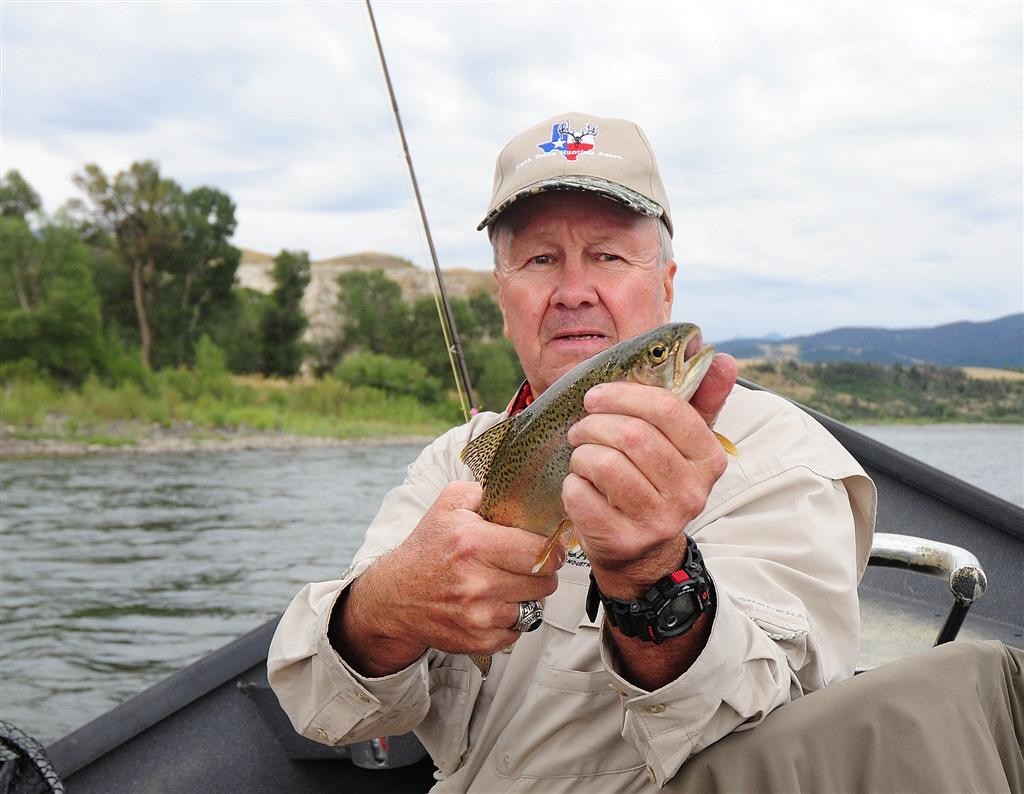 As large rain drops slapped the water’s surface, I remained focused on the small red strike

indicator attached high above the nymphs as we followed my line downriver after each cast. With

flashes of lightning nearby, we shored up for a little while until the storm passed.

As the rain came to a halt, and temperatures dropped to the low 50’s, I was not only cold but

wet. Dennis altruistically suggested we head in, but that was not going to happen!!

Not much further downriver, dark clouds reappeared from above the Absaroka Mountains and

pelted us once again for over two hours, and sometime during that storm I caught a magnificent

rainbow cross cutthroat, referred to as a cutbow by the locals. I may not have been catching a lot of

fish, but what I caught was exceptionally nice. Besides, that’s why they call it fishing, not catching.

average size, but lost two exceptional fish in rough water. I was cold and wet, but couldn’t think of a

better way to escape the Texas heat, and since this was only my first day on the river, I was confident I

would have additional opportunities to catch some of the Yellowstone treasures. But little did I know

that excessive rain in the park upstream would impact just how well I did over the next three days. 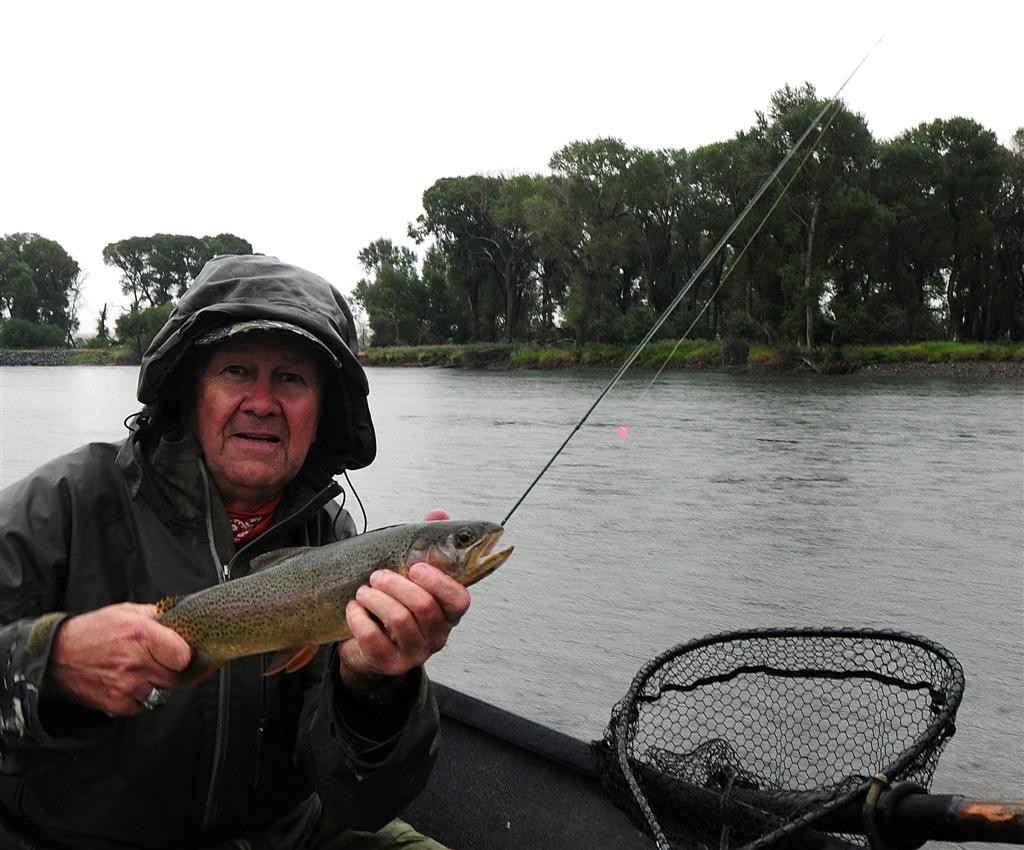