You are at:Home»Journal»Turkey Hunting Broadheads

Turkey hunting with a bow is becoming very popular. Its’ popularity has encouraged several broadhead manufacturers to produce broadheads solely for turkey hunting. If you’ve ever turkey hunted with a bow, you have probably encountered a situation where a broadhead passed completely through a turkey as you watched in horror as the bird ran off, never to be seen again. Many of these new turkey broadheads are designed to do an enormous amount of internal damage and never pass through. In most cases, the birds don’t get to pull a Houdini because the heads cause so much damage and the birds die too quickly. Below are some of the new broadheads for 2008, designed especially for bowhunters wanting to poke a gobbler this spring with archery gear.

Steel Force is also introducing a new broadhead designed especially for turkeys called the Talon. The Talon is very effective due to its serrated edges that face forward. The wicked forward-facing serrated blades reduce penetration and maximize tissue damage that often results in a turkey dropping in his tracks shortly after the shot. One look at this new head and you can see how the serrated edges can be so devastating. The Talon Phat Head has a .080”-thick main blade and is available in 100 grains.

Magnus Archery is best known for their extra tough cut-on-contact broadheads like the Stinger. This year, they switched gears and are offering a new broadhead called the Bullhead that was developed for small game and turkeys. The Bullhead has 3 long offset blades that help increase the arrows’ accuracy in flight. The blades on the Bullhead are an impressive .048-thick stainless steel. The thick blades are said to deliver a devastating blow to small game and turkeys. The Bullheads is available in two sizes – a 100-grain model that has a 2 ¾ inch cutting diameter that can be used to take neck and body shots and a 125-grain model that has an impressive 4-inch cutting diameter designed especially for head and neck shots. 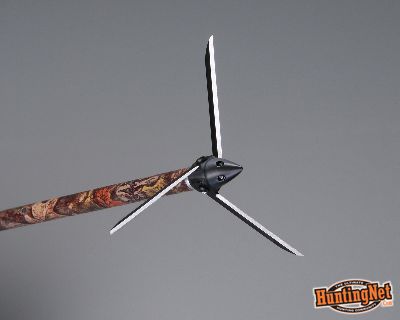 The American Broadhead Company is bringing the Turkey Tearror Broadhead to Thanksgiving dinner. This new 3-blade broadhead is unlike anything on the market. It has a cut-on-contact tip similar to American Broadheads’ Sonic Head, but near the rear of the ferrule are three spur-shaped, razor-sharp blades designed to rip and tear their way through feathers and flesh. Like the Sonic Head, the Tearror has 420SS DenseMax blades that are said to be 50% stronger than regular stainless steel. The Teareror has a 1 3/16” cutting diameter and is available in 100 grains. 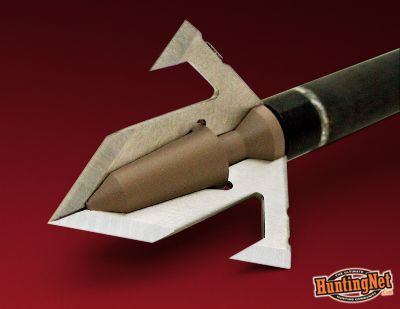 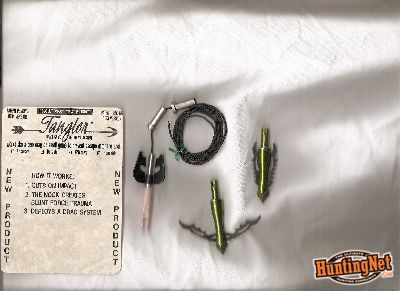