You are at:Home»Deer»The History of Whitetail Deer 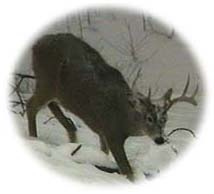 Scientists believe that deer once inhabited bitter-cold regions around the Arctic Circle. It wasn’t until about 4 million years ago that the first deer migrated to what we now call the United States.

Deer were an integral part of Native American’s lives. Meat and bone marrow made up a large part of their diet. Indians used hides for clothing, rugs, blankets, fishnets and the like. They crafted arrowheads, clubs, fishhooks and tools out of bones.

The first settlers of America feasted on various animals, such as turkeys and grouse. Then they discovered the big Virginia whitetail. Native Americans taught the colonists how to utilize a deer efficiently, using every scrap of meat, hide and bone.

Over time, deer populations have undergone fluctuations. The first big decline was tied to the fur trade. Native Americans killed an estimated 5 million deer per year to supply the trade. In the early 1800s, due to a decline in fur sales and the natural expansion of deer into new habitats, populations were on the rise again. However, this increase did not last long.

Rampant market hunting in the late 1800s reduced the whitetail population to an all-time low of 500,000, and does and bucks disappeared completely in some areas. In 1900 The Lacy Act, the first federal wildlife law, was enacted. Lacy prohibited the interstate trafficking of venison and other wild game, and the exploitation of whitetails began to slow. In 1908, 41 states established departments of conservation, furthering the protection of deer.

The Great Depression was hard on Americans. But it was boom time for whitetails in the East, South and Midwest. As people flocked from the country to scrap out a living in cities, abandoned farms and home sites sprouted weeds, brush and saplings. Biologists and sportsmen began to realize that America’s changing habitat was good for growing numbers of deer. Once considered denizens of big, contiguous forests, whitetails would be forever known as “edge” animals.

In the late 1950s, a biologist named Crockford developed a dart-gun system for capturing deer. That technology, along with future inventions like the cannon net, played a key role in the successful restocking of whitetails across the United States.

By 1970 whitetail populations were growing steadily across the lower 48 states. For years hunters had thought it a crime to shoot a doe. But a landmark study in 1974 changed that. Scientist M.L. Walls found that the long-term management of booming deer herds should include the harvest of both bucks and does. States gradually began implementing “doe days” and “antlerless’ hunting seasons.

Whitetail populations continued to soar throughout the 1980s and ’90s. Solid deer management was one reason. And then there was suburban sprawl. In many regions more and more people built single-family homes in once-rural areas, creating a checkerboard of “farmettes” and small estates. Developers carved subdivisions, golf courses and strip malls in farms and woodlands. Ironically, this created ideal strip and pocket habitats for the adaptable whitetail, which has an uncanny knack of living alongside man. This trend continues in the new millennium, and it is not without its downsides. Burgeoning numbers of deer ravage shrubs, fruit trees and crops, causing hundreds of millions of dollars in damages annually in the Midwest, Northeast and Southeast. Deer-auto collisions are on the rise in many states. 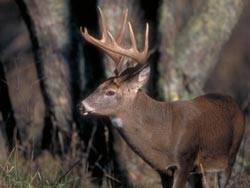 Today, the whitetail, Odocoileus virginianus, is the most widespread deer in the world. Scientists recognize 30 whitetail subspecies in North and Central America, and another eight in South America. North America’s whitetail population is estimated at 20-25 million animals. The whitetail is by far the most popular game in the U.S., chased by some 11 million hunters each fall.