You are at:Home»Journal»Pursuit of the Southeastern Ibex Day One

For the third time in three years, my wife Jan and I returned to the beautiful

mountains of Spain to hunt ibex with our good friend and owner of Caza Hispanica,

Vicente Gil. The nine-hour flight on Thursday, March 12 from Dallas to Madrid

tempered our excitement a bit, but the anticipation to hunt elevated once again on the

Mediterranean Sea and our temporary residence for the next five nights. A mid-day

distance of our hotel. By 7 on our first evening, we relaxed while dining in one of the 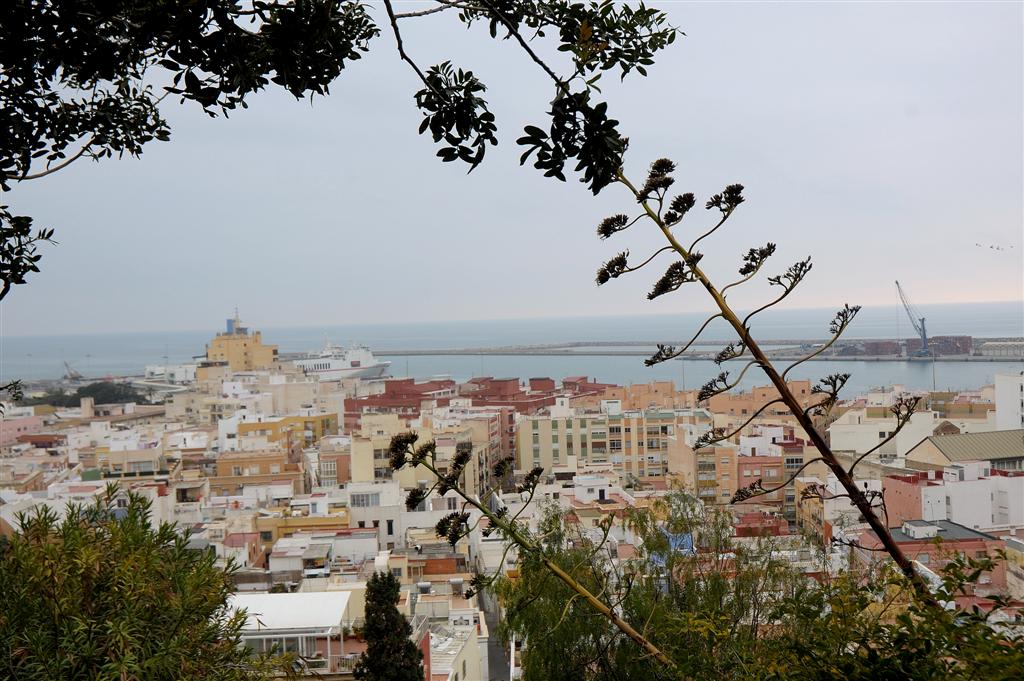 Our second day, Sunday, began with Mass just a stone’s throw from our room

followed by lunch and a casual walk along the Mediterranean shoreline, followed by a

visit to the historic Moorish fortress, Alcazaba, providing us a glimpse of life in Almeria 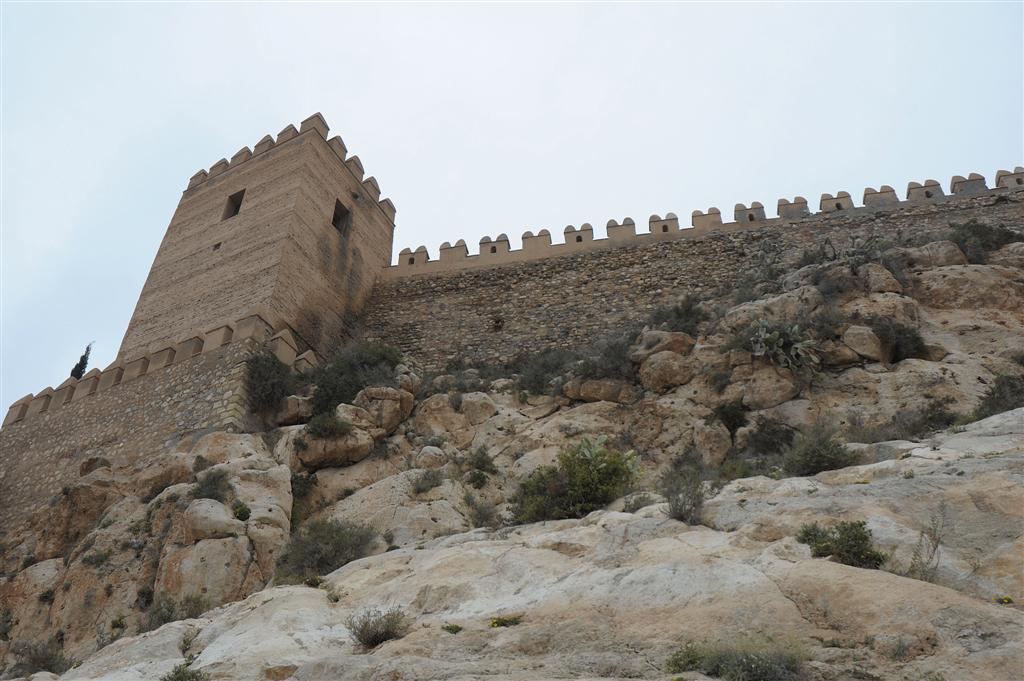 at the hotel, and we made the hour-long drive west to Velefique, a tiny village situated in

Following breakfast at a quaint yet busy little restaurant with our second guide, Gasper,

we drove the narrow, winding road to the top of the 7,000-feet tall mountain. The steep,

verdant slopes, littered with rocky outcrops, were home to the southeastern species of

ibex, one of four subspecies that occur in Spain and smaller horned than the gredos and

beceite ibex which I have taken over the previous two years.

A sunny, clear morning, we drove to several ideal observation points, glassed for

rams, and enjoyed little luck, but were rewarded with panoramic views of white

flowering almond trees sprinkled over the vibrant green landscape. Just before noon we

ibex bedding down amongst the boulders during the warmer part of the day. Negotiating

our way through one of the many pine stands, we spotted a group of rams on an opposing

rocky slope, but upon our approach, Vicente felt they were not what we were after, so we

continued to investigate other rocky portions visible from the
mountainside we traversed. 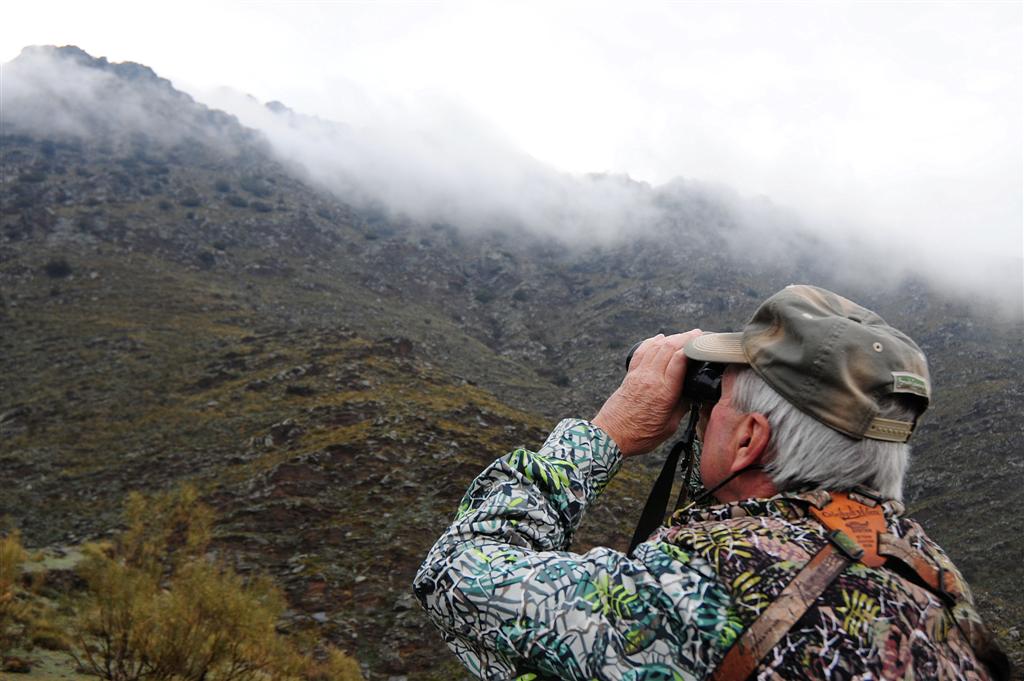 single ram of average horn size feeding below us. Since the rams consolidate at this time

of year, we remained in position hoping others would join the single animal, but as we

did, clouds from below began to encroach on the area and before I knew it, the entire

mountainside was inundated by clouds, eliminating our visibility. Hoping the wind

would clear out the cloud cover, we remained for almost an hour, and as the clouds

dissipated to a degree, we spotted nine more rams working their way down the opposing

mountainside as well as the single ram we saw earlier, but before we could critique horn

size of the additional rams, the clouds returned and my first day of hunting was over.