You are at:Home»Journal»On the Yellowstone in August, Part II

On the cloudy second morning, we started out dining on delectable cinnamon French toast at

the Northern Pacific Beanery. A down-home café exuding a refreshing western atmosphere and the

friendliest of waitresses along with delicious meals.

fish, but I was met by a chocolate-colored, rising river and trout with lockjaw. Without much of an

opportunity to fish, we checked out several hiking trails in the Gallatin National Forest along with several 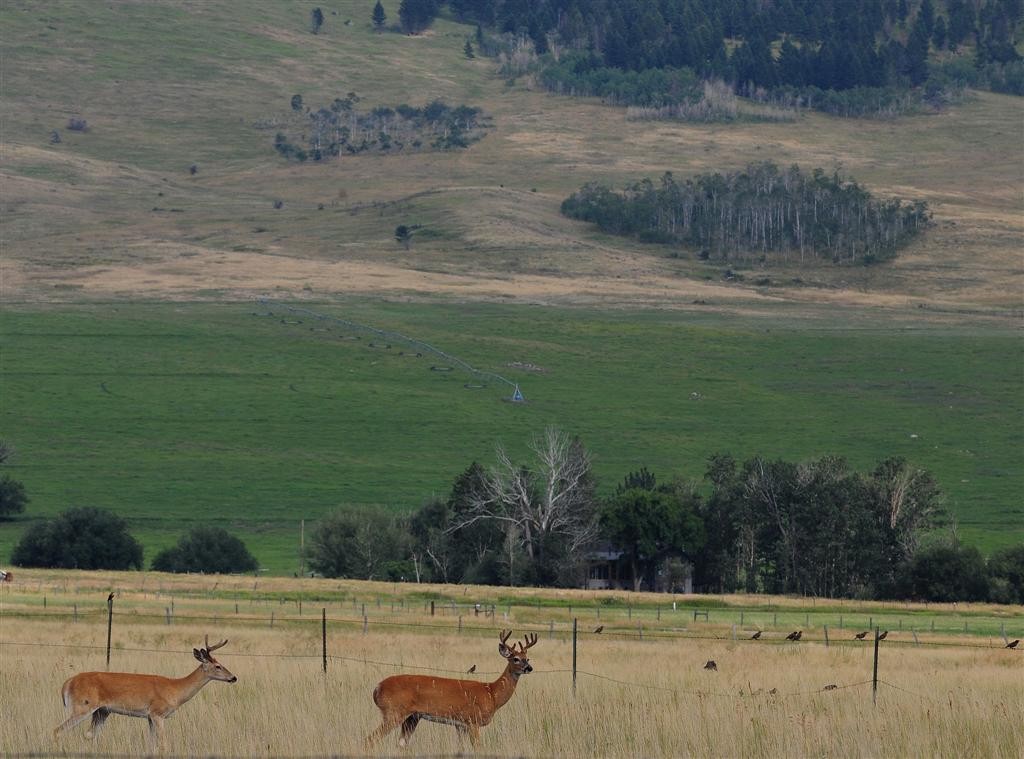 The nice thing about Paradise Valley is that fishing is not the only outdoor activity. Irrigated

alfalfa fields throughout the Valley are inundated by whitetail and mule deer each morning and evening,

providing excellent photo opportunities while the grand vistas are breathtakingly beautiful, and the

traffic is nothing like that in the Yellowstone National Park.

During the early evening hours, we traveled a rain-soaked dirt road through the Gallatin Forest

at the local, old-fashioned drive-in restaurant. 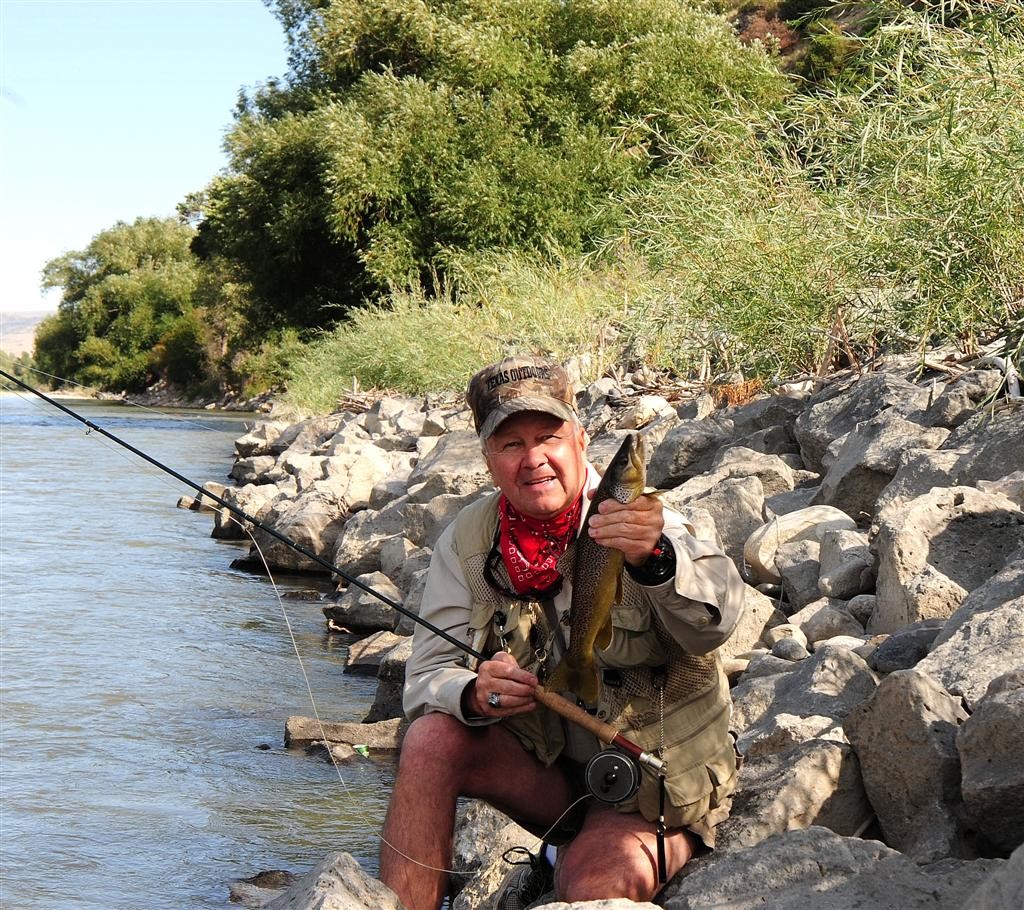 A crystal clear blue sky greeted us on Friday morning, but the river remained muddy. Fishing

with a black woolly bugger with a streamer as a dropper, I targeted the seam below a visible boulder

when a 17-inch brown trout engulfed the woolly bugger almost at my feet. But that would be it for the

morning as I failed to get another strike.

After lunch, we drove to Bozeman where Jan shopped a bit and I visited with several fly shops

about a float trip on the Madison, but I couldn’t work out the logistics. We returned to Livingston and I

continued to fish the Yellowstone. After a lengthy hike down river without a strike, I returned to our

vehicle where I found Jan visiting with one of the locals, fifteen-year-old Bo Jessen, who is not only an

experienced fisherman that ties his own flies, but an accomplished archer. More importantly, he was

personable and familiar with the area. 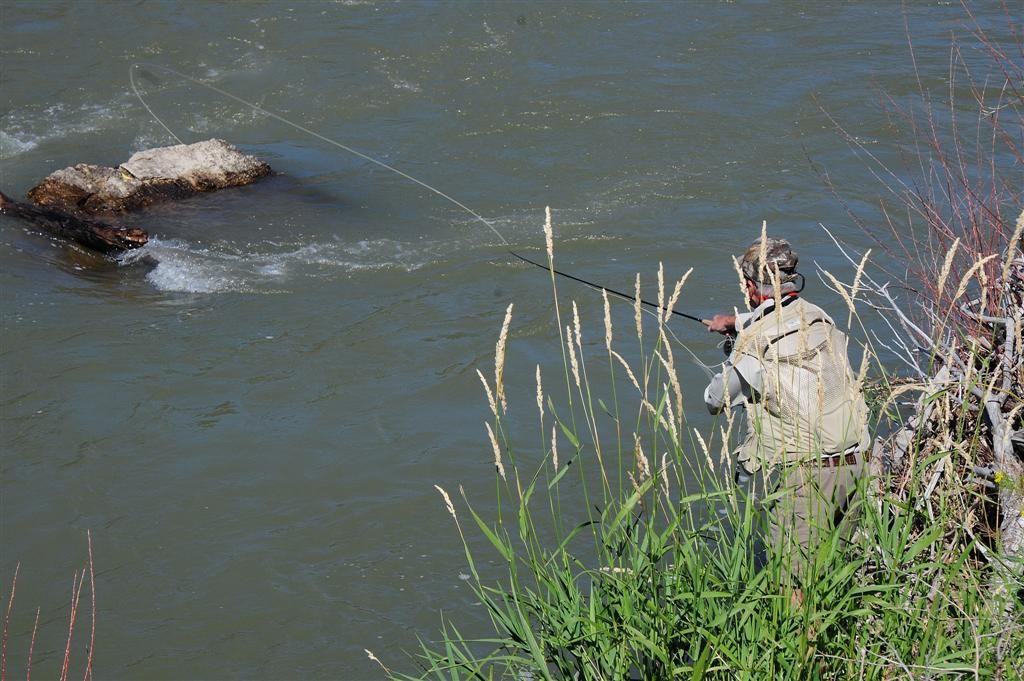 Following a short visit, Bo asked if I would like to fish for cutthroats on one of the clear running

high country streams in the morning, so we made a plan.

Dark clouds over the Valley were not what I wanted to see on my last day on the water, and by

the time I caught up with Bo, it was raining quite hard, so he jumped in with me and we simply visited.

regularly sees not far from his house. After our fairly lengthy visit, the rain receded, and we decided to

fish the Yellowstone as rain clouds covered the mountainside we intended to fish for cutthroats.

With minimal water clarity, I tied on a black woolly bugger followed by a small copper john

nymph for a dropper. Working my way along the bank upriver, I targeted the semi swift water behind

the larger rocks jutting out of the water. Visually following a strike indicator is always exciting because

each time those nymphs hit, the river bottom the striker begins to bob, indicating a potential strike, and

you always must react by jerking the rod just in case it’s a fish. 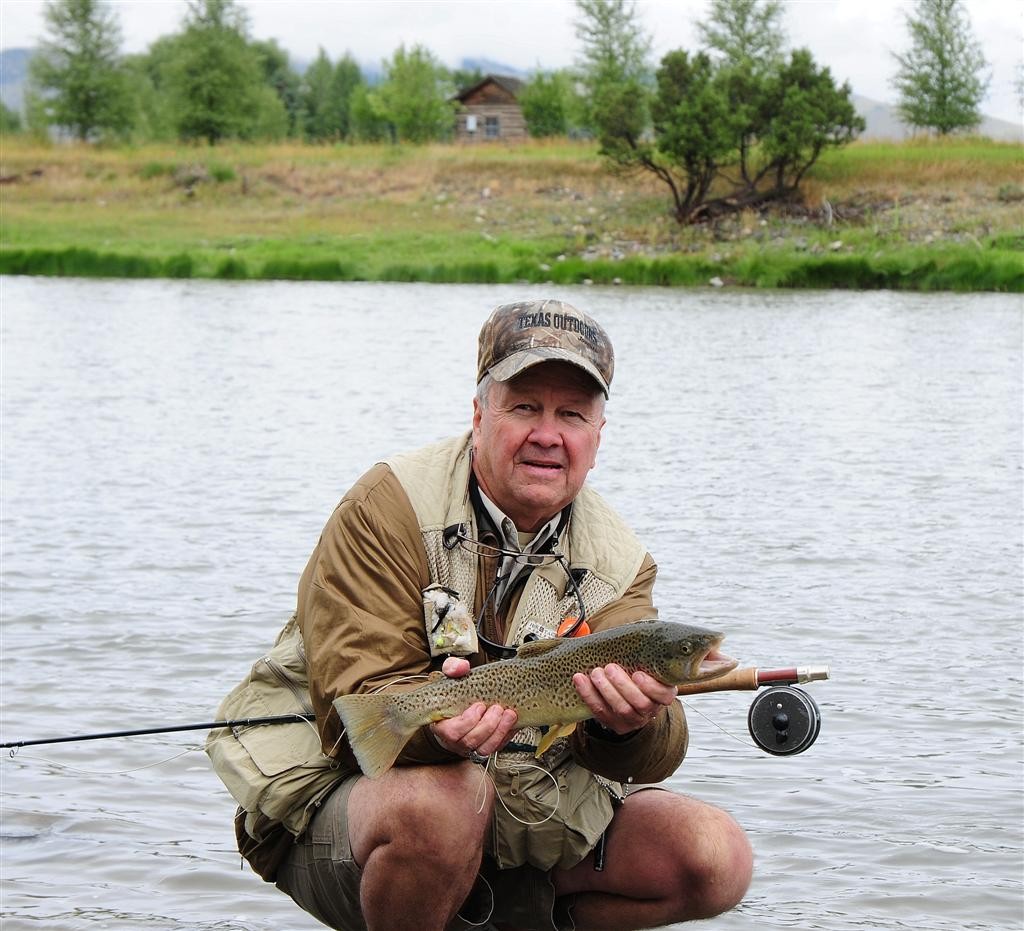 After 10 casts or so, my indicator bobbed a couple of times then disappeared so I reacted with a

swift flick of my wrist and was delighted to feel the weight of a heavy trout on the other end. After

carefully playing the fish for several minutes, I was able to work it toward Bo and he netted the fish—a

beautiful 18” brown trout we took several photos before returning the fish back to the river.

trout while ominous dark clouds formed to the south. Once I had the trout tired out in shallow water, I

laid my rod down and prepared my camera for a couple of shots taken in timer mode, but just as I was

about to set my camera up on a rock, I saw a magnificent mule deer buck approach the opposing

Immediately I jettisoned the short lens and grabbed my 200mm lens, and before I mounted it on

my camera, seven additional bucks joined the larger one and walked single file upriver while I gathered 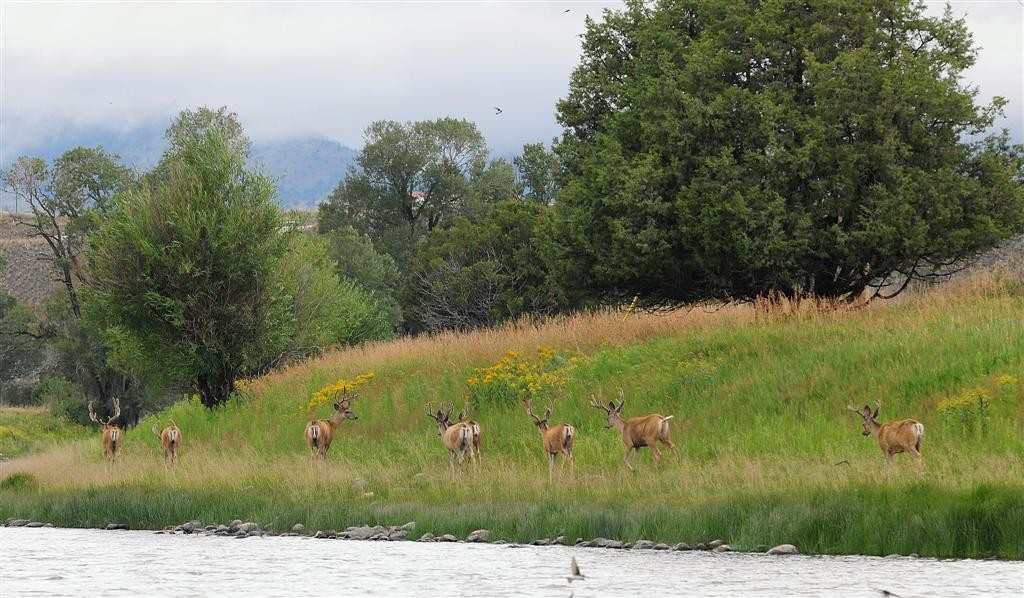 Afterwards with my smaller lens on the camera, which I had carefully positioned on a rock, I set

off the timer and rapidly moved to the water’s edge, but once I grabbed my line, the obviously

rejuvenated fish dashed off, breaking the line as a light drizzle occurred and I decided to call it quits, but

only until next summer.