I spent the sixth morning of my annual sabbatical in the thorn scrub looking for a 6×7 my companions had seen in the recent past, but only filmed several nice, not exceptional-racked bucks.  The latter part of the morning was spent at the windmill close to where I saw a tall, narrow, but heavy ten-point with an extra six-inch tine that wrapped around its left beam just above the burr, but failed to see it. 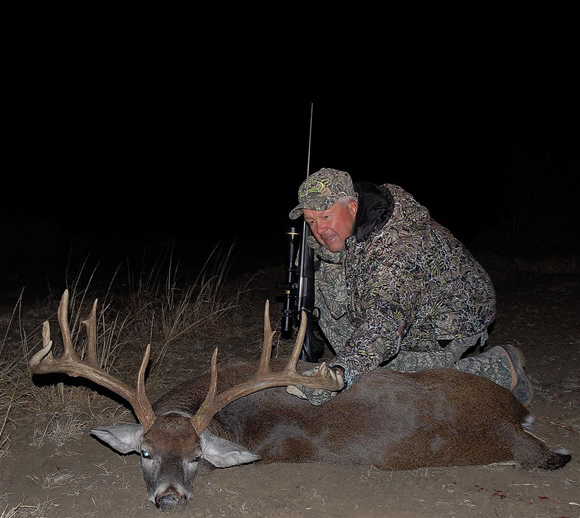 I also took a little time to check my rifle for the first time right after lunch because I was confident that the tall 10 point was at least six and an interesting candidate.

I had a late start on the seventh morning as a dense shroud of fog blanketed the ocean of brush.  But as the fog began to dissipate, I spotted a group of bucks including the narrow ten hazing a doe.  The ten disappeared as I approached with my rifle only to return a few minutes later, and upon the sharp crack of my .300 short Winchester mag, the magnificent animal dropped onto the partially vegetated sendero.  With a spread of only 15 inches, the animal gross scored 165 7/8 demonstrating the importance of number and length of tines. 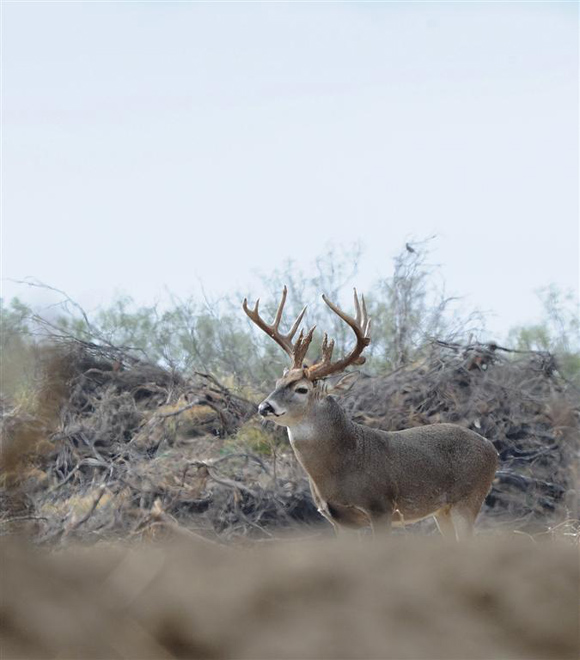 On the 18th, my eighth day, I spent most of my time looking for a particularly large buck spotted by one of the ranch hands but enjoyed no luck.

Spent Thursday, December 19th, my ninth day, with my good friend Pecos Hagler in a pasture where he spotted several exceptional bucks that he hoped to get me to film.  We weren’t in the pasture for very long before we drove by one of the food plots planted in rye and spotted one of the bucks he had been seeing hazing a doe in the middle of the grain field.  The buck exhibited extremely long beams with what appeared to be half moon-shaped warts projecting from its exceptionally heavy beams.  So obvious were the wart-like structures I nicknamed him “Warthog”.  Standing between two tall brush piles pushed into one of the corners, the buck allowed me to exit our vehicle set up my camera and collect some outstanding images of one truly unique buck that is until he decided to exit the field and I filmed him gliding over the shiny, galvanized barbs lining the top strand of the fence surrounding the field. 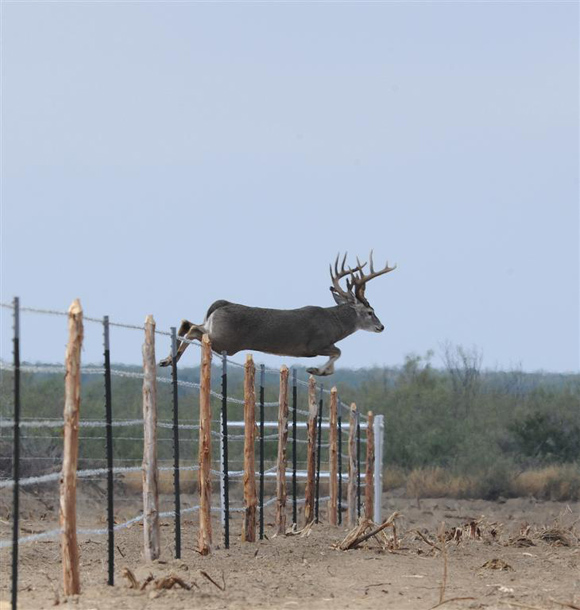 Saw seven mature bucks on my tenth day, filming six of them, including a tremendous 7×6 three-year-old.

On the 11th afternoon, long after sundown, one of the widest racked bucks I have seen walked onto the sendero upon which I was set up.  I crawled to within 20 yards of the brute and gathered some fair not great images as I had little light to work with.

On my last morning before returning home, I set up on the super wide buck long before sun up and caught him hazing a doe in that great early morning sunlight.  By dark I was back in Uvalde and enjoying my family.

With an opening in my work schedule, I returned to Mexico on the 26th, and on the following morning, the rut escalated to a feverish pitch as I witnessed buck activity all morning long. The rut was so intense I was able to capture a buck breeding a fawn not 30 yards from me. Three days later, I was encouraged by the ranch owner to hunt the wide buck and on my second to last evening, I relocated the great deer and following a considerably long stalk, I collected the widest buck in my hunting career at 28.5 inches.
Not only did the animal exhibit a breathtaking spread, it had 25-inch long beams gross scoring 165 inches.  It was truly a gift of nature and an incredible way to end my hunting season.