You are at:Home»Big Game»Hunting hard antlered deer in the summer part 2

With two trophy roe deer down, we were on a roll and now had time to enjoy some of the

collateral benefits that the English countryside had to offer. With ringneck pheasants and wood pigeons

virtually everywhere and the occasional sighting of red – legged partridge, not to mention roe deer in the

ocean of wheat gilded by the soft, early morning sunlight, I enjoyed some outstanding opportunities to

film the various species while Kevin searched for a nice buck for Jan. 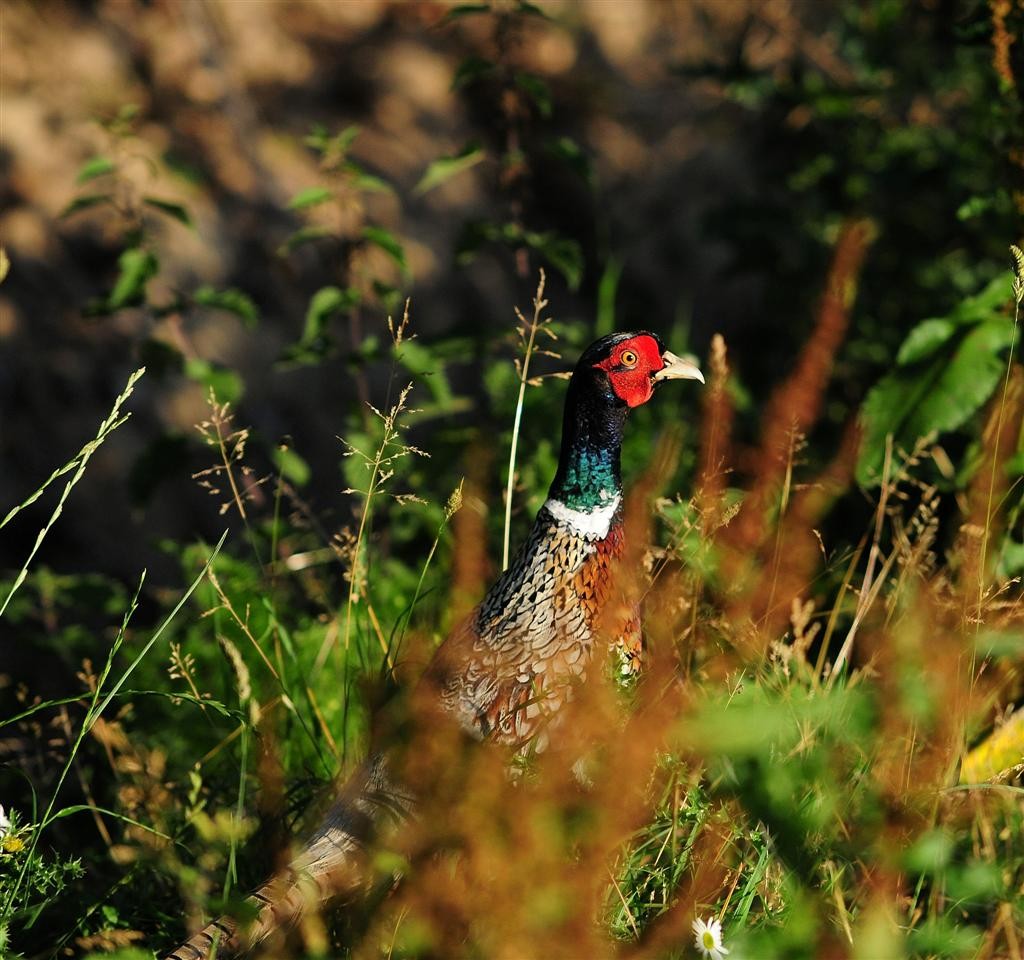 After that memorable second morning hunt, we returned to The Cat and enjoyed a hearty

English breakfast followed by a short mid-day nap. By midafternoon we on our way to Arundel where

we toured the ageless Arundel Castle, which was quite a spectacle. Each and every time I visit such

years before modern technology and the U.S. ever existed.

On our evening hunt we shot rabbits interfering with local agricultural practices with a .22.

We returned to the farm at Ockley on our third morning and saw 25 to 30 roe deer, capturing

several bucks on film but not as close as I would have liked. I did, however, capture one doe up close

while she stood not 30 paces from us in a dense stand of golden wheat. Ringneck pheasant were

ubiquitous and easy to film, but I was really excited when I captured several red – legged partridges on 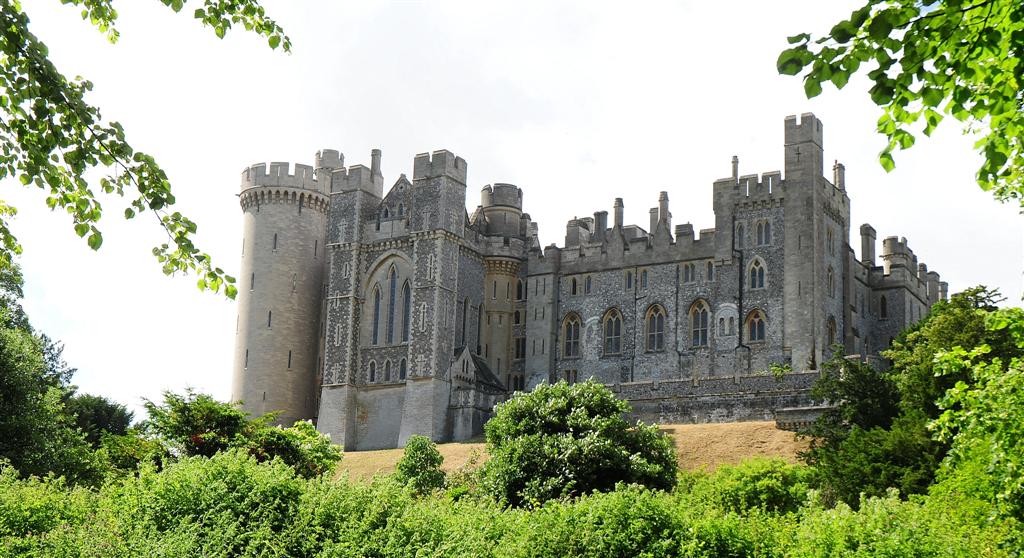 Kevin and I visited the local sports center to purchase some additional shells. We made a short round on

our third evening shooting rabbits, which were overly abundant wherever we hunted.

driving. Creeping up to the hedge separating the road from the field, I captured several good images of

the buck before he nervously returned to the verdant forest.

shot. With only four bucks and a couple of doe observed, it was a slow morning so we returned to West

Hoathly and the Cat. 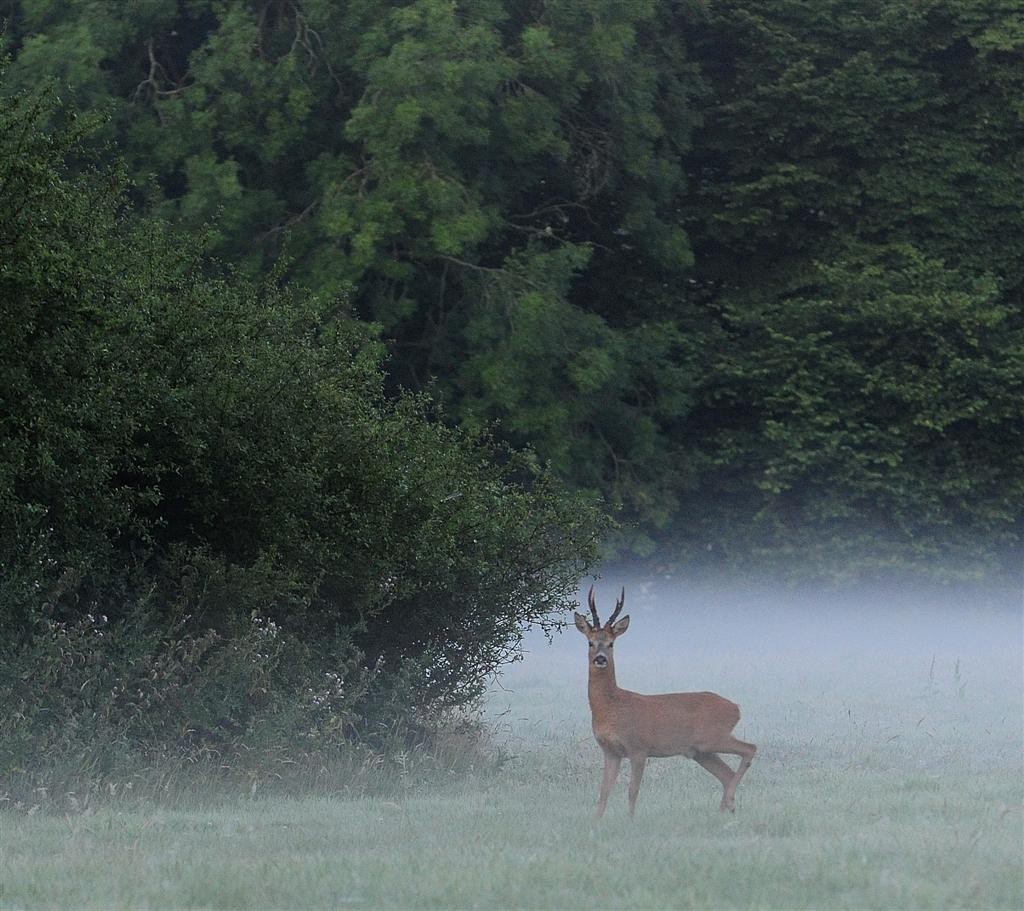 home to one of the largest seed bank labs in the world. The arboretum on the grounds exhibits trees

from every corner of the globe. Enjoying the amazing sites of this ageless country is one of the collateral

forest, we returned to town and prepared for dinner. What made our dinner on Thursday evening so

special was the fact that it was composed of the backstrap from one of my roe bucks. Meticulously

grilled by our friend Tim Earley, owner and chef of the Fox pub, it was not only delectable, it was a meal

I will never forget. 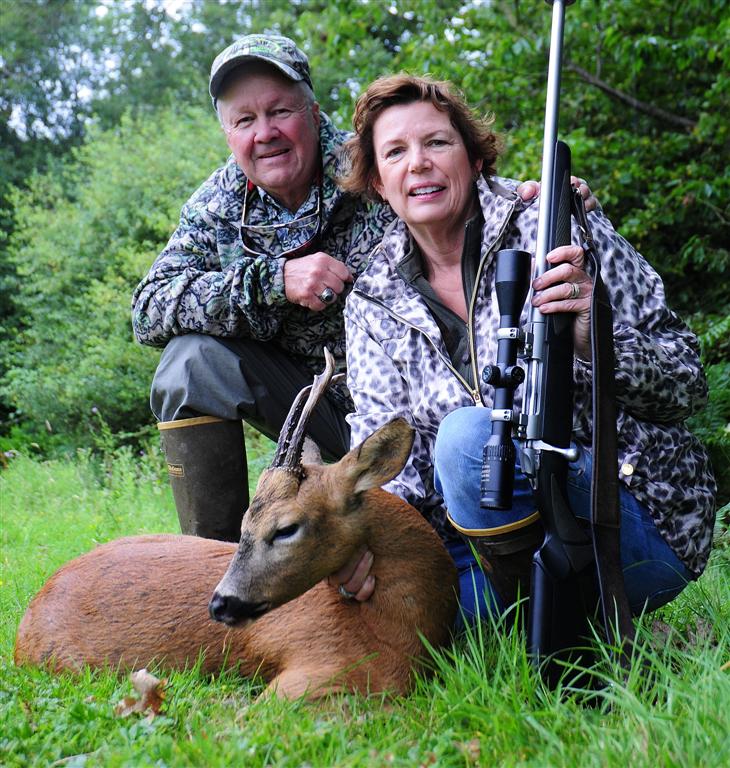 Later that night Kevin and I returned to one of the local farms and I was able to take a red fox.

The following morning our last, we checked out several local farms, failing to see a deer, but just

before calling it quits we spotted a great buck for Jan, and with one well-placed shot I was busy tracking

blood just inside the dark, dank forest inundated by blackberry, but only for a short way when Jan