You are at:Home»Journal»Completion of the Spanish Ibex Grand Slam

Working our way up the mountainside was agonizingly slow as the force of gravity intensified with every step. zigzagging slowly upward to the crest, I found my guides Alfonso and Vicente Gil, owner of Caza Hispanica, crouched behind a truck-sized boulder glassing ibex below us. As stealthily as I could, I crawled up to the pair and visually salivated over the 11 rams feeding their way along and around the huge, grayish-colored boulders. With four of the rams exhibiting the caliber of horns I crossed the Atlantic to see, I knew it would not be long before Vicente gave me the word to shoot, so I crept forward to a smaller boulder and laid my 7mm on it for a solid rest. But as we maneuvered in for a closer look, three of the younger rams detected our movement and disappeared around the side of the mountain with the older rams following close behind. 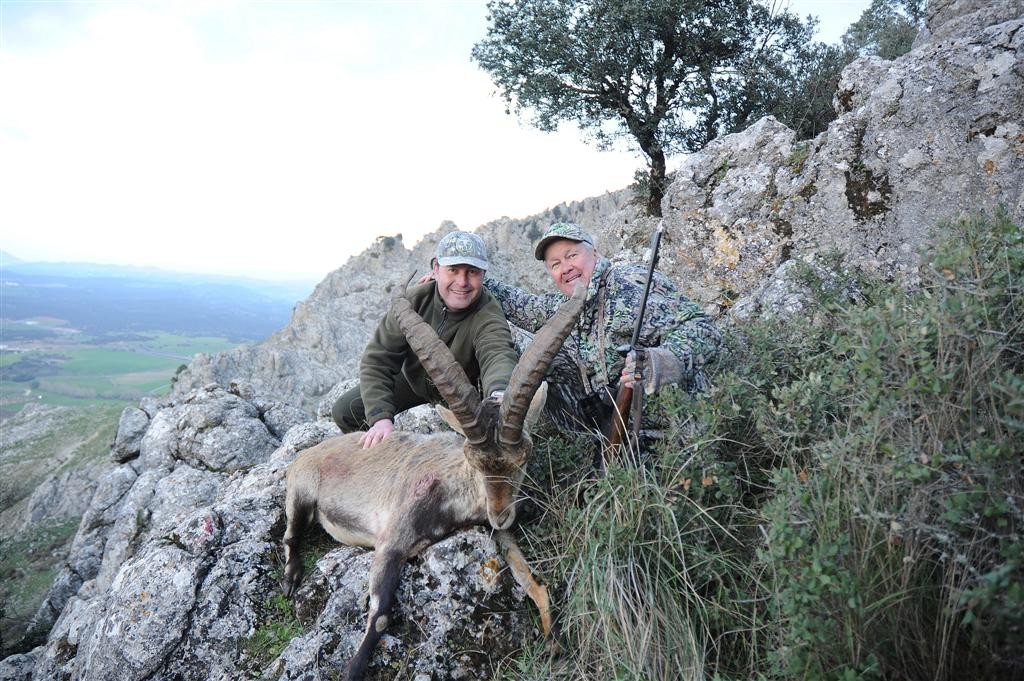 It was mid-March, and for the fourth year in a row, my wife Jan and I crossed the Atlantic to pursue the iconic Spanish ibex, this time to complete my grand slam by taking the fourth and smallest subspecies, the Ronda ibex.

Following an eight-hour flight out of Atlanta, we enjoyed an early afternoon arrival on the 11th of March in the historical city of Granada where we visited the city’s number one spectacle, Alhambra. This sand-colored complex of Moorish palaces located on top of a mountain overlooking the city was constructed as a fortress in 889.

Enjoying this historical city for a couple of days was refreshing as was the fine wine and tapas we enjoyed under the warm Spanish sun. 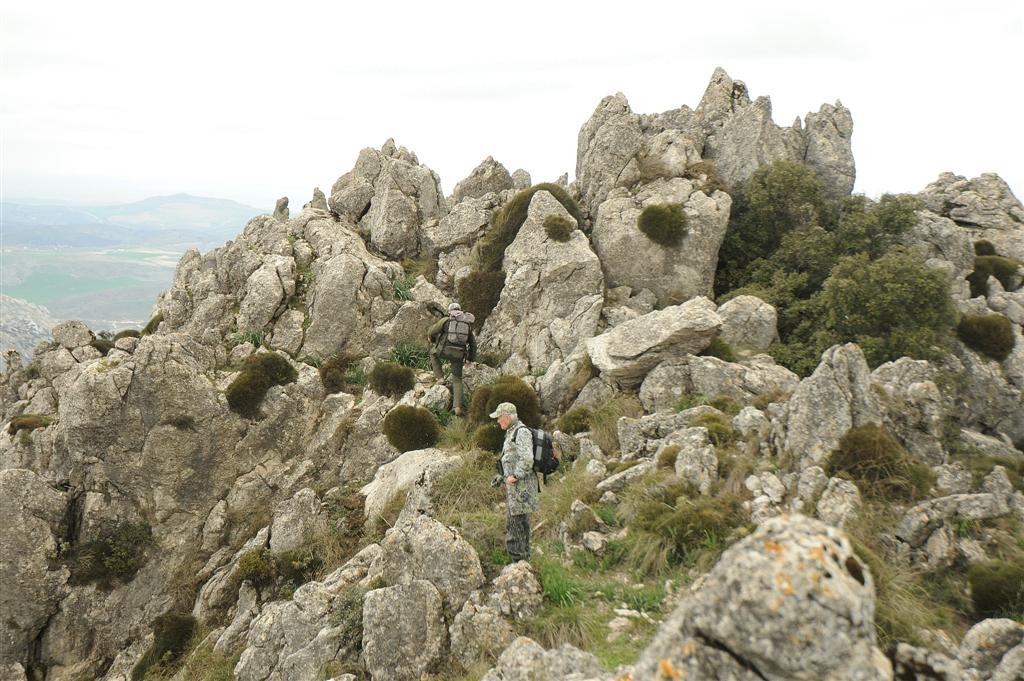 On Sunday evening Vicente and our interpreter and friend, Ionela Scoarta, picked us up for some late night tapas. The following morning, Monday, was spent filling out additional paperwork for my gun permit.

With paperwork complete, we headed southwest to the oldest, most beautiful cities in all of Spain, Ronda. The first thing I did was film the immense rock bridge constructed in the 1600’s that connects the city, a shopper’s delight, with restaurants appealing to the most challenging palates.

Our luxurious, yet ageless hotel was actually situated on the canyon wall. The following morning we exited Ronda by 6:20 a.m. for a one-hour ride to a small village located in the Ronda mountain range where we caught up to our local guides, Alfonso and Gaspar.

Following a couple cups of coffee and a hearty breakfast, we exited town and made our way into the mountains. We pulled off the narrow, winding mountain road once to glass for a herd of rams Alfonso saw earlier in the week, but failed to see a single animal except for the Griffon vultures, aided by their nine-foot wing spans, gliding high above us in search of their next meal. 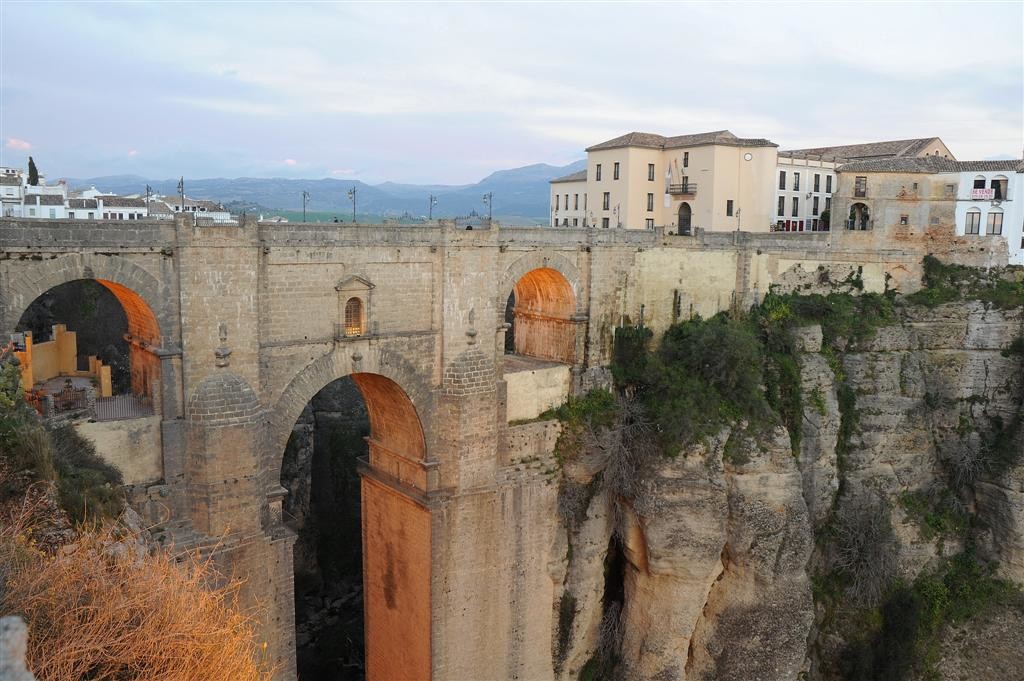 A few moments later, we exited onto a farm road leading to a lush green valley paralleled by rugged mountain ridges and made our way up the scenic valley, scanning the holly oak-laden slopes for ibex.

We spotted several goats on our hike up the valley, but all were females. By mid-morning we reached the zenith point providing a panoramic view of rocky mountain terrain interspersed by golf green-like flats that the goats should have been attracted to, but the presence of domestic sheep on the lush green grass apparently discouraged the ibex from using the palatable forage.

Following lunch, we dropped down the west slope just in case the rams were visiting the lush, grain fields at the base of the mountain. Just as we reached midway down the slope, one of our guides, Pepe, notified us that rams were feeding below us, but by the time we got to where Pepe spotted the group, they were long gone. 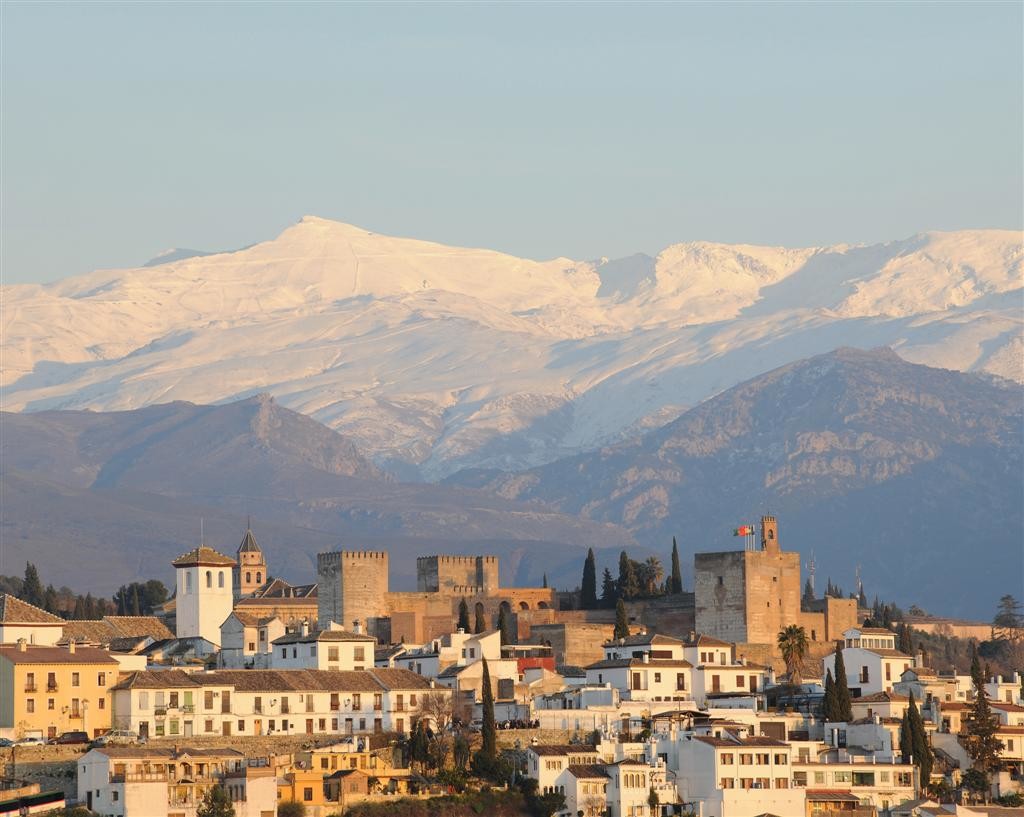 On top I crawled up to my guides who were critiquing the rams. As I glassed the group, I saw several rams exhibiting long, heavy, lyre-shaped horns, making all the effort worthwhile, but before long three of the youngest rams grew alarmed and moved off with the others right behind them. Immediately, we took off to the other side of the mountain hoping to head them off. With my rifle situated on top of a small boulder, I picked out small objects in my crosshairs preparing for a potential shot.

As temperatures dropped and the sun sank below the mountains, a ram appeared below us. As another ram joined it in a small grassy clearing, I asked Vicente what he thought of the larger ram, and all I heard was “he is a good one” before I gently squeezed the trigger and watched my ram slump to the grass, completing my grand slam of Spanish Ibex.